B2B campaign with a B2C flavour

Aussiepay is Australia’s largest privately owned payroll outsourcing company, handling more than $1 billion in payroll annually. With its innovative ePayroll technology, Australia’s first genuine online payroll solution, generating interest in the market the company signed up Taurus to drive the product’s media publicity.  To overcome the media’s general lack of interest in payroll, Taurus came up with a PR strategy around the topical WorkChoices legislation. Aussiepay quickly became the media’s payroll authority with MD Dean Morelli being interviewed and extensively quoted in Australia’s top business and IT press.

Dean Morelli is Founder and Managing Director of Aussiepay. He explains, “With ePayroll we have something totally unique in the Australian market. We’ve developed a fully compliant web-based employment management services system with wide-ranging functionality. This was something we felt had news value.”

The brief – PR to target the 6% that count

Dean continues, “We have our own marketing resources in-house but Public Relations is a specialist function and we’d never done anyPR. We wanted to get the message out to SMEs, honing in on the 6% of businesses that employ 20-200 people. Our PR needed to be B2B but with a B2C flavour.”

Tapping into his industry network to find out who had a good reputation for PR with an IT bias, Dean was given the name Taurus Marketing by a friend who is Marketing Director in a public company.

“I’ve had previous dealings with marcomms agencies so I had an idea of what I was looking for. I went straight to Taurus, saw some of the results they’ve achieved for clients and felt they had the ability to create the necessary ambient noise in the media around our payroll solutions,” explains Dean.

Aussiepay’s brief to Taurus was to generate publicity of ePayroll, which appeared to have the ingredients for newsworthiness. However Taurus tested media interest in ePayroll and quickly found:

To leapfrog the media’s inertia and deliver coverage for Aussiepay, Taurus came up witha comprehensive PR campaign on the back of the highly topical WorkChoices legislation that leveraged Aussiepay’s established credibility as payroll experts.

As deadlines loomed for companies to comply with WorkChoices legislation, Taurus’ PR campaign resulted in an instant media profile for Aussiepay and MD Dean Morelli. Aussiepay worked closely with Taurus to come up with strong media angles, including primary research into the costs of implementing WorkChoices.

“There was a huge amount of publicity for me as a payroll expert as I was invited to comment on the impacts of the legislation. Our Taurus account manager pursued the opportunities for publicity around WorkChoices to the absolute maximum and the level of coverage was very impressive,” explains Dean. Taurus achieved this from a base of no prior media exposure and with journalists who had never heard of Aussiepay, including political correspondents.

Taurus always looks at what is being delivered – the team is very focused on results. “Our account manager is smart, very articulate and understands business. I’ve employed many people and she stands out as highly capable – straight A-grade,” adds Dean.

He advises, “Working with a marcomms agency has the potential for projects to blow out. It works for us because we’re disciplined and keep our focus with Taurus on PR, but were also able to bounce ideas off the Taurus team to integrate our WorkChoices campaign across our marketing. We stick to our agreed objectives and get Taurus’ help where we most need it.” 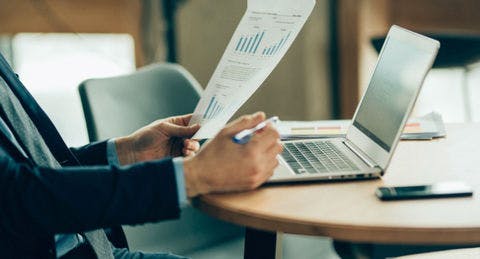 What Taurus does for Aussiepay

“When WorkChoices legislation was at its most topical, Aussiepay appeared in the media 23 times, including four interviews in The Australian Financial Review over the course of eight days.”

“What is so refreshing about Taurus compared with other agencies I’ve dealt with is nothing they do is ever less than professional. Through Taurus, I instantly became the Financial Review’s WorkChoices payroll expert and commentator!”