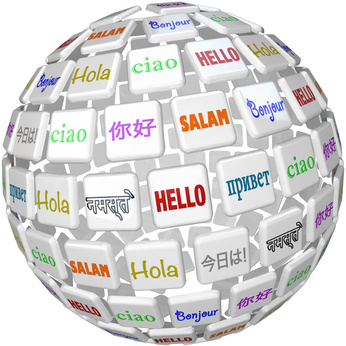 A controversial topic from the get go, linguistic imperialism has been a reality since the start of global population movements that began in ancient civilization.

Today it’s relevant to society on every level, particularly over the past two centuries in which globalization has exploded and international level trade, travel and interaction are routine occurrences.

But why English? Is there a reason for its global hegemonic hold?

Considering the characteristics of a language that might increase its chances at hegemony, English is a simplified and evolved form of communication from the original and more expansive Old English. Its descriptive vocabulary is not as extensive as a Romance language such as French or Castilian Spanish.

Modern English is exempt from formal and informal address, and feminine/masculine nouns. The direct, to the point nature of English along with its relative grammatical simplicity has contributed, to a large extent, to its recognition as a global ‘business language’.

Language and culture are relatively inseparable, proven somewhat by the many attempts and failures of linguists around the world to create a global means of communication easily adaptable to tongues of speakers of the world’s most spoken languages with common ‘roots’.

Integrating elements of Latin, Greek and even Arabic languages, Esperanto was the most successful and widely spoken of the constructed languages, yet it failed to ‘take off’, peaking at around 200,000 speakers. There was no country or culture connected to the language, and speakers were widespread, therefore interest and motivation to learn the language was low.

From the perspective of geographical language distribution, the French language continued to be the ‘lingua franca’ of the Western world even at the height of the British Empire. The cultural influence of France was strong and it’s descriptive nature valued for many decades, until the rise of cultural and political dominance in the US pushed English into the top spot. Soft power, especially the influence of Hollywood, played an important role in the global spread of English. Politically, the US was the superpower of the 20th century.

The influence of the Internet can’t be overlooked when questioning the dominance of modern English. Established in the US, webpage content was primarily written in English, and English speaking users made up the highest percentage of users. According to recent studies, there has been a steady year-on-year decline in the percentage of webpages in English from 75% in 1998 to 55% in 2005.

However, the decline is proportional to the growth of the Internet – English continues to be the dominant language of cyberspace, as the top ten million websites are 55% English. And as cyberspace becomes more integrated into every aspect of our lives, business and personal, it’s a huge bonus to be a native English speaker, despite the huge numbers of Mandarin Chinese speakers worldwide.

In fact, if you read this article, congratulations – you’re one of privileged majority!