Natasha Chadwick has worked in the aged care field for over 20 years and is the Founder and CEO of NewDirection Care (NDC). NDC is an inclusive community that provides freedom of movement, independence and choice for the elderly and those living with dementia.

Through her extensive experience, Natasha recognised an increasing issue in traditional aged care facilities and created a revolutionary new concept that aims to set a new standard for aged care in Australia and worldwide.

The award-winning NDC is located in Bellmere, Queensland and is a $35 million residential care MicroTown™, expertly designed and offering state of the art living that’s focused around residents.

A concept that was years in the making launched in March 2018, when NewDirection Care partnered with Taurus to spearhead a strategic PR campaign for the launch followed closely by an active monthly retainer to push NewDirection Care in the media space as the World’s First diagnosis inclusive MicroTown™.

In a tour of the MicroTown™ in August 2018 – Minister for Aged Care, Ken Wyatt described NDC as “Aged Care that is totally person-centred”.

It takes a village to launch a MicroTown™

The media launch was set for March 2018, but preparation work began some three months prior to the launch. Taurus worked collaboratively with New Direction Care and its external partners to create an extensive body of content to best equip us for a successful launch.

After extensive research and a strategy session conducted through our TaurusBullseye methodology, we created a three-phased approach: Pre-Launch, Launch and Post Launch working around a campaign theme of “Heading Towards a New Direction for your Golden Years”.

In each phase, clear objectives we set to communicate NDC’s key point of difference to help increase brand awareness and to building the brand as a World’s First MicroTown™. We also investigated leveraging Natasha’s expertise and experience, positing her as a thought leader on the paradigm shift in aged care. 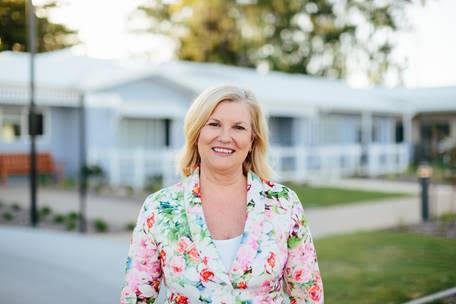 What Taurus did for NewDirection Care:

“While NewDirection Care specialises in younger-onset dementia, it caters to anyone with complex care needs and operates like a community. There are 17 homes, each housing seven residents on six separate streets…Its major point of differentiation is in housing residents with similar lifestyles and values in individual dwellings. Chadwick believes the model is the closest to home care that an individual can have, and better than home care in many cases.”

For a new business entering a crowded and contentious marketplace, we carefully crafted the brand of NDC as an innovator in the field. With aged care constantly high on the public agenda, the campaign far surpassed our KPIs, achieving 53+ pieces of coverage across Tier 1 publications in Broadcast, Print, Online and Aged Care Verticals.

The widespread media exposure included successful key message penetration and communicated the innovative approach of the NDC MicroTown™ and unique point of difference.

A total of 69 million audience reached with coverage across:

“The NewDirection community at Bellmere, north of Brisbane, aims to replace the typical institutional design of aged and nursing care facilities with a village of homes where residents share more like housemates, supported by staff as needed…Residents have access to a shop, hair and beauty salon, barbershop and cinema as well as a cafe which is also open to the public. A wellness centre and spa offers massage and GP and dental clinics.The ‘microtown’ boasts facilities ‘like any other small town”