From idea to launch in eight months

Two Bondi-born brothers, Adam (23) and Saul (21) Caspary set out on a holiday to New York City in search of a food concept to start a business here in Australia. They saw a huge edible cookie dough trend on social media and were able to see firsthand how the new trendy food concept took over New York City. Seeing a gap in the Sydney market they concluded that it needed to hit the local scene pronto.

Returning home and working into the early hours of the morning in their own kitchen, they mastered their popular salted caramel flavor and partnered with a leading chef in Bondi. The three rolled up their sleeves and over six months crafted their own unique Sydney blend of cookie dough with better flavor, balance and texture than they’d originally found. By September they were ready to launch.

PR misconceptions and story– finding the right ingredients and the taste that needed to be told.

When the young entrepreneurs approached Taurus eight weeks prior to launch, they were already confirming brand colours, logos, pricing, Dough flavours, a website and social pages.  They wanted to create a buzz around  the brand ready for their launch among their target audience and drive traffic to the  pop up cart that was their business model.  They were hesitant to go ahead with PR, having never done it before and wondering why couldn’t they do it themselves? Taurus  started working closely with Doughlish three weeks prior to launch,  advising on what hadn’t been finalised.

“We saw some other businesses getting great publicity and we assumed that they get one or two great articles written and it flows over to other media outlets and then everyone starts writing about them. But that definitely isn’t the case and that was a bit of a misconception we had on our end as well.”

The Project – a delicious experience for the media.

These were sent out to targeted media outlets specific to Doughlish’s target audience and pitched nationally. 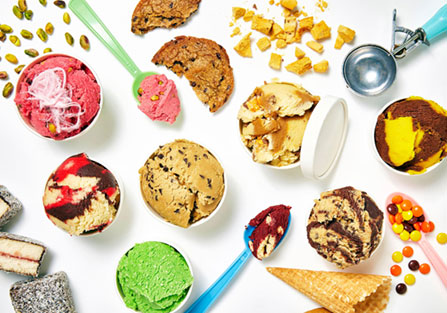 “If I was in the same position I would do the exact same thing again. I’d definitely recommend PR to others and if I was to do something else (create another business) I would go down the same or very similar path for sure. We’re definitely really happy with how it all came out and what result it got us.”

“I didn’t have any reference point in what to expect in going ahead with PR. I was hesitant to go ahead because we felt we could do it ourselves or at least try and reach out to different media outlets and get the info and product across. But having said that we’re really happy we went with Taurus, because of what’s come out of it – such high-quality articles, very well written and big media publications! We are super happy with it. It’s super aligned with our target market and we definitely wouldn’t have been able to get that kind of quality ourselves.”

Taurus achieved coverage in The Daily Telegraph and this article was syndicated nationally. Other publications include Broadsheet, Pedestrian.TV, 2DayFM and TimeOut. The Sydney launch was a success with a total audience reach of 8, 467, 374 people in one week!

“We love our young, start-up entrepreneurs and University graduates. Adam and Saul came to us with a great idea for a new edible cookie dough. We did great things with the brand and nailed a 9 million reach with PR and as you can see we had the best fun in the process!”